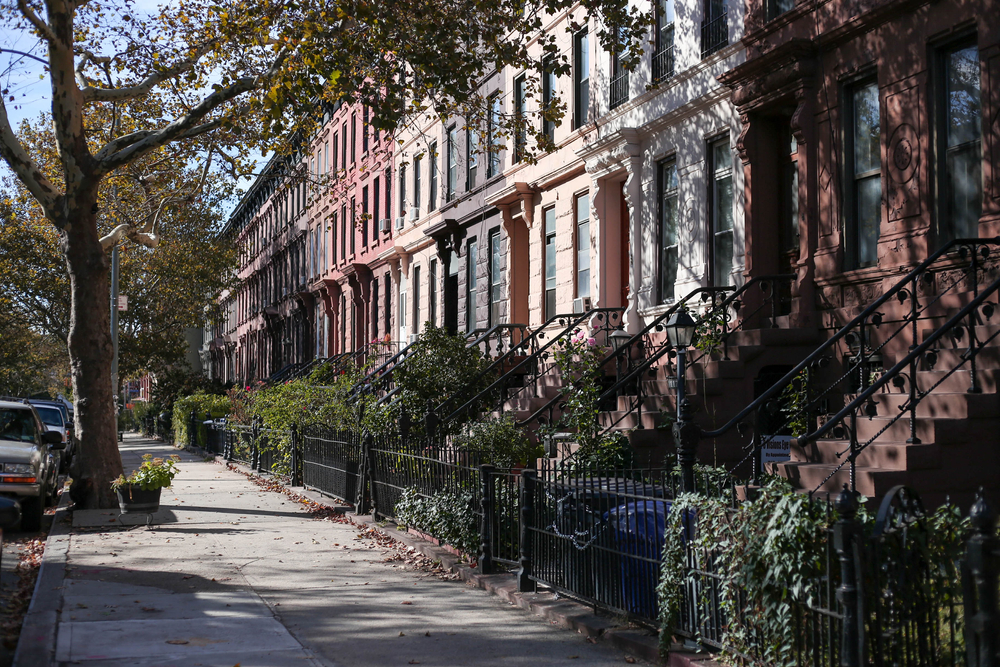 For some divorcing couples, the family home is now worth too much

Divorces can take years to conclude but shifts happen fast in the NYC real estate market. Even so, prices here have rebounded to prepandemic levels much quicker than anticipated. This has upended plans for some spouses who wanted to buy their soon-to-be exes out of the marital home but can no longer afford to do so. And for those who need to find a place to rent, it is tougher than ever to track down an apartment near the family home that they can afford.

Sue Moss, a divorce attorney at Chemtob Moss Forman & Beyda, says some owners who worked out property agreements prior to 2020 are very unhappy, or at least that’s the case for one half of these couples.

That’s because some of these clients had their properties valued at what turned out to be a 30 percent discount, thanks to the swing in Manhattan pricing. For the spouse who kept the marital home, it’s a potential windfall when they go to sell—for the other spouse, it’s sheer frustration.

Even crazier is the Hamptons market, where record high prices have “exploded” deals for some couples who are just in the process of sorting out their property distribution, she says.

In places like Southampton, she says a couple who expected their house to be valued at $2 million received an appraisal in the $4 million range.

“Now they have to come up with new terms, because there’s no way the spouse who planned to buy the other out of the house can come up with the funds,” Moss says.

These high valuations can be problematic for the spouse who keeps the house if there aren’t sufficient funds to tap for closing costs (such as broker fees, as well as transfer and flip taxes), when property is sold later.

In these situations, “making the decision to keep the residence is a really bad idea.” Moss says. “Being ‘house poor’ is a reality for some people. They may say, ‘if things get too bad, I’ll sell it,’” but they may not take into consideration the high cost of selling a property in NYC, she says.

The case for selling
When couples who are negotiating a divorce find out their properties are worth more than they thought, one (or both) spouses may be uncomfortable with a buyout. In that case, selling the property is the only solution.

“The rise in NYC real estate prices happened much quicker than anyone could have predicted,” says Randi L. Karmel, a divorce attorney in private practice.

In New York, dividing the proceeds from the sale of the marital home requires equitable, or fair distribution—couples usually do split the proceeds, but it doesn’t necessarily have to be 50-50, Karmel says.

A combination and a break up
A Brooklynite named Carla (a pseudonym) has been dealing with a nightmare divorce on top of real estate fiasco: Her marriage fell apart just as the couple finished combining their condo with the one next door—a project that was greenlighted by her board but turned out to be unpermitted.

Faced with a very high appraisal for the newly combined unit, plus a dispute with her condo board over $30,000 in fines, she’s now dealing with the challenge of turning the combined apartment back into two units. It’s her only recourse, she says.

She can’t buy out her ex-spouse because she didn’t qualify for a loan to purchase one or both units. And she felt the appraisal was problematic because it used the most expensive apartment in her building, plus a unit in a white-glove building, as comps.

The details of the divorce are painful: Her husband walked out on her and her child and started a new life in a different country. The real estate situation has taken the ordeal to a new low.

“I was married 16 years. No one would have expected this,” Carla says. It’s been very expensive as well: “I’m in debt from the lawyers,” she says. It’s also been quite the real estate education for her and she’s brimming with advice for others who are planning on divorcing and have to make tough decisions concerning property. When you’re deciding what to do with the family home, having an accurate sense of how much the property is worth is crucial.

“Make sure you do your own due diligence and look into what apartments in your building are selling for,” she says. Some large national banks may not be familiar with your NYC building. (This is a problem in particular for co-ops, which are unique to the NYC area.)

If you plan on keeping the marital home, she also recommends negotiating for closing costs for an eventual sale, including fees for brokers and lawyers. And educate yourself on how capital gains change after a divorce, she says.

On that last point—be aware that when a spouse who took ownership of the house eventually sells, they are only able to exclude $250,00 of capital gains, unlike a married couple, who each get to claim a $250,000 deduction, for a total of $500,000, if they sell prior to getting divorced.

“When you’re making a decision, make sure you understand everything. Ask questions again and again until you do,” Carla says.

Third-party appraisals
When two soon-to-be exes don’t agree on an appraisal, going to a third party can help. It did for a client of Dean M. Roberts, an attorney at Norris McLaughlin.

He was involved in a divorce where one client had an appraisal for one amount and the spouse had one for substantially higher amount, both of which did not reflect the true market value. The solution was to use a third appraiser chosen by two other appraisers whose determination was binding.

“We knew we were doing a good job because everyone was equally unhappy,” he says.

In NYC’s current superheated housing market, not having this adjustment can leave one party feeling they have been treated unfairly because of the substantial increase in the value of the property being divided, he says.

The challenge of finding a place to rent
Typically, the spouse that leaves the marital apartment rents an apartment nearby—but that plan is especially hard to pull off these days, says attorney Shaun Pappas, a partner at Starr Associates.

“If one spouse is staying, and the other relocating, what does that mean if rents have gone up by 30 percent?” Pappas asks. Today’s higher NYC rents impact how much you have available to provide for in alimony and keep the family in the living situation to which they’re accustomed, he says.

Even though you may have owned a place as a married couple, if you’re getting divorced it’s likely that you will need to educate yourself on what rents are in your neighborhood. Some of his clients going through a divorce consult real estate brokers just to get a sense of where the market is headed, he says. They may be negotiating to stay in place for a year and then move
and need to factor an “educated guess” into their agreement.

Property agreements are contracts
When it comes to real estate and divorce, there are no do overs: Property distribution agreements can’t be changed; they are like a contract in that regard.

The reason you can’t renegotiate is “because couples need finality,” Moss says. In divorce, “people want to destroy each other,” she says. The fighting, even though intermediaries, can get ugly. So “once you have a deal, it’s the deal,” Moss says.

Even though one side may feel shortchanged, a deal helps with closure and moving on.

Or as Moss puts it: If you have children, “you need to be able to walk down the aisle and dance at their wedding.”