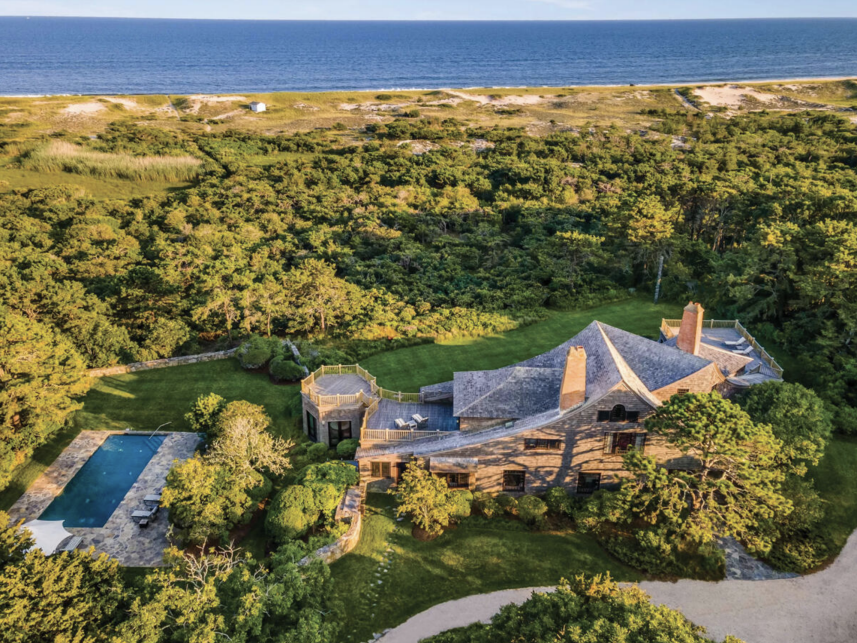 If the aim of Hedgerow Exclusive Properties is to mimic the tales of opulence and opposition that make up its namesake book, “Philistines at the Hedgerow,” the upstart brokerage appears to be succeeding.

Author Steven Gaines’ 1998 work chronicles the millionaires and billionaires who have long made the Hamptons a playground for the ultra-rich, the ever-present clashes between new money and the establishment, and the brokers who orchestrate it all.

Hedgerow, a two-year-old brokerage that has carved out its niche by zeroing in on ultra-luxury properties, could not have planted its flag at a more opportune time. Co-founded by Preston Kaye and Gary Cooper, Hedgerow arrived in the Hamptons in 2020 along with a wave of wealthy Manhattanites in search of a second home as the pandemic locked down New York City.

Sales activity in the Hamptons exploded from 343 homes purchased in the first quarter to 433 in the second, 607 in the third and a whopping 803 in the fourth, according to data from appraisal firm Miller Samuel. Prices also skyrocketed. By the fourth quarter of 2020, home prices were up
55 percent year-over-year.

But those figures are averages across all segments of the market, and Hedgerow isn’t concerned with average homes. The brokerage has emerged as one of the top players on the East End, selling over $650 million worth of homes in its first two years, one luxury estate at a time.

“Their firm has certainly disrupted the balance of power in that high-end, both on- and off-market segment of the market,” said Compass’ Christopher Covert, the listing agent for a waterfront mansion at 35 Potato Road in Sagaponack that went for $46.5 million in May to a buyer represented by Hedgerow. “Whatever they’re doing seems to be working.”

Of the 10 priciest homes sold in the Hamptons last year, Hedgerow handled four: a $59.5 million oceanfront estate at 70 Further Lane in East Hampton; another at 442 Further Lane that went for $55 million; former HFZ Capital principal Nir Meir’s mansion at 40 Meadow Lane in Southampton, which sold to Robert Kraft, owner of the New England Patriots, for $43 million; and the off-market sale of a 5-acre parcel at 260 and 264 Jobs Lane in Bridgehampton for $38 million.

“Just the idea of building a model that laser-beams on that 1 percent niche, really expensive luxury. That’s the model,” said Ed Bruehl, a broker with local firm Saunders and Associates. “If you guys are kicking ass and making money, I’m stoked for you.”

This year, Hedgerow was involved in the second most expensive sale in Hamptons history: $118.5 million for a 21-acre compound at 70 and 71 Cobb Road in Water Mill. That transaction became the subject of a lawsuit against the sellers by rival Nest Seekers, which claimed it was wrongfully cut out of its commission on the co-exclusive deal. Hedgerow was not named as a defendant in the suit, which sources said stemmed at least in part from a dispute over promotional materials for the supposedly off-market listing.

Unlike its competitors, Hedgerow doesn’t spend much on marketing or technology, operating largely through the contacts and connections held by its fewer than 20 licensed agents.

“It’s an old-school mentality,” said Shaun Pappas, a partner at real estate law firm Starr Associates. “People want the anonymity, they don’t want the broadcasting. They’re going there to escape the heat, the visibility of New York or wherever they’re coming from.”

Hedgerow’s primary competitor is probably Bespoke Real Estate, the eight-year-old, Water Mill-based brokerage co-founded by brothers Zach and Cody Vichinsky, which, like Hedgerow, exclusively deals in luxury properties (those priced at $10 million and above).

A 6-foot-3 former college hockey player, Hedgerow co-founder Kaye first came to the Hamptons as an agent with Bespoke in 2016, but was fired in 2019 after a dispute with a co-worker, according to a lawsuit brought against him by Bespoke a few months before Hedgerow’s launch.

Bespoke alleged that Kaye had taken confidential documents with him, and in some instances deleted them, but the suit was voluntarily dismissed last November.

“The lawsuit was about alleged theft of trade secrets, not about anything else,” an attorney for Hedgerow said in a statement. “It was brought to stop competition and had no merit.” Bespoke declined to comment.

Few in the area seem to know anything about Hedgerow’s other co-founder, Cooper. Nest Seekers CEO Eddie Shapiro called him the “ghost of the Hamptons,” but emphasized that anyone who handles luxury listings in the area will almost certainly encounter him.

In an email, Brown Harris Stevens’ Shannan North described Hedgerow as “a hybrid of a boutique service model yet a player with the bigger companies.”

In May, Kaye and Cooper were joined by a third partner, Terry Cohen, a veteran agent who has transacted over $2.5 billion dollars of real estate and brought over her four-person team from Saunders and Associates.

Cohen has spent much of her career at boutique firms that eventually grew into larger operations, starting at Allan Schneider Associates, which National Realty Trust scooped up in 2006, then joining Saunders the year it debuted in 2008. Saunders, too, has since grown into a sizable firm with dozens of agents across five Hamptons offices.

Cohen’s arrival at Hedgerow “brings some gravitas and almost some legitimacy, that this is a firm, and not just two partners,” Compass’ Covert said.

Breaking into the Hamptons can be difficult. Some firms have been established on the East End for decades, with a small number of top agents responsible for orchestrating many of their deals.

Hedgerow’s leaders “already had the track record, and they had the relationships,” said Geoff Gifkins, a regional manager at Nest Seekers. “I think they’d already done the hard work.”

But even in the Hamptons, it’s not all sunshine and beaches forever.

With inventory depleted and mortgage rates higher, some buyers have begun pulling out. Listing inventory in the luxury segment was down 34 percent annually in the first quarter of the year. Transactions fell 23 percent in the same period, according to Miller Samuel.

Hedgerow, which otherwise declined to comment for this story, says it’s not concerned.

“Contrary to current headlines, we continue to see pioneering trades across all segments of the Hamptons’ marketplace,” Kaye said in a statement.

For a brokerage that has only ever existed in a historic housing boom, it’s possible the Hamptons’ modern-day philistines have yet to face their first true test.

“It doesn’t mean that they can’t be successful, but it’s going to be a much more difficult market as opposed to the prior market, which was essentially order-taking,” said Miller Samuel’s Jonathan Miller. “The demand was insatiable.”